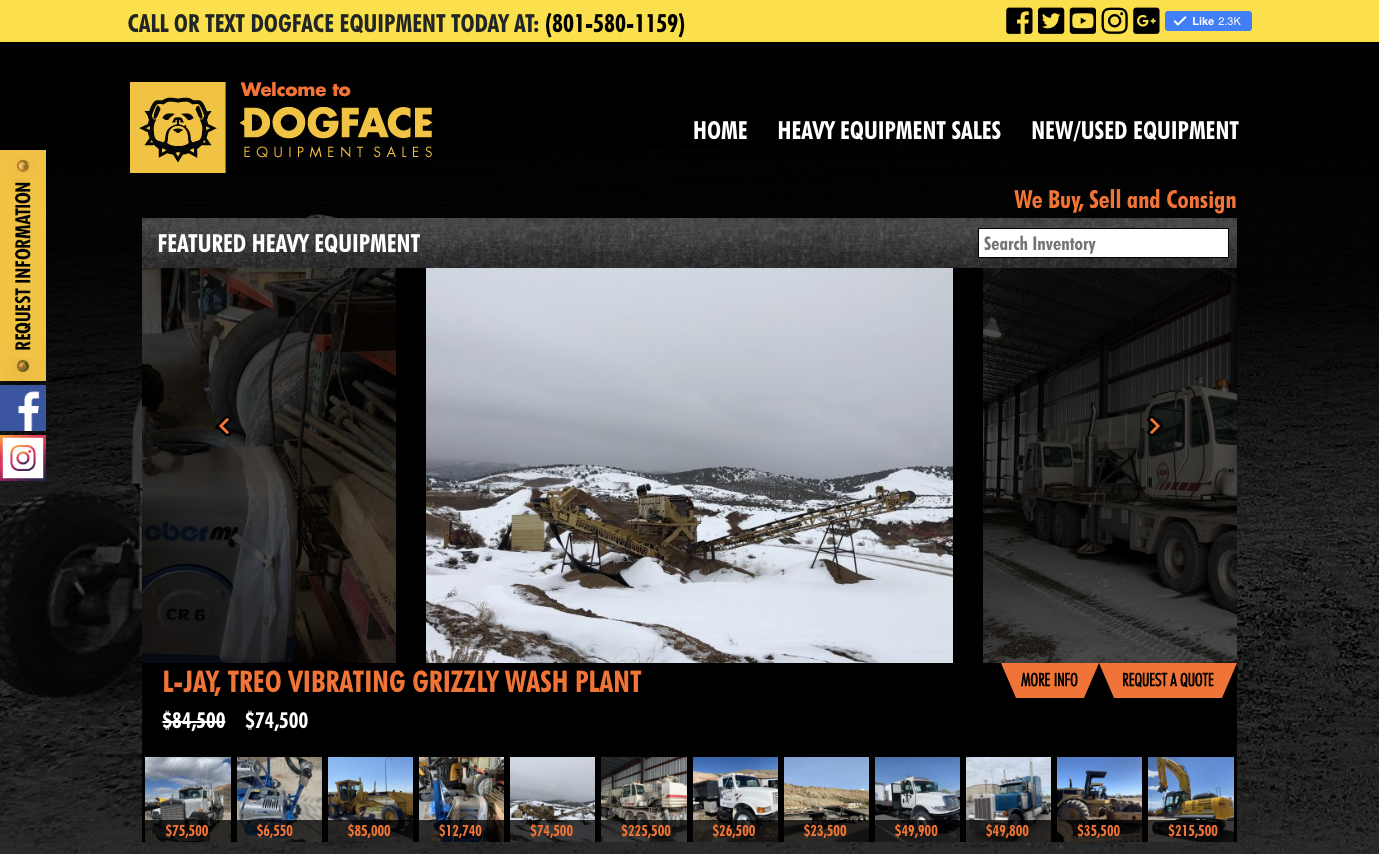 Dogface Equipment originally came to use to make some functionality changes on their site. After analyzing their site and realizing that their rankings were in major decline we took action.

Dogface Equipment originally came to use to make some functionality changes on their site. After analyzing their site and realizing that their rankings were in major decline we took action.

Dogface needed a facelift because their old site was not conducive to mobile and there were considerable user experience issues that needed to be resolved.  With every site we work on, we analyze in-depth the needs of the site. In this case, Dogface Equipment had some real problems with their SEO rankings.  They were in decline, major decline.  their old SEO company had used old tactics to get rankings.
When Google updated its ranking algorithm, those tactics instead of helping actually penalized them.  The old site had very little content and stuffed keywords in the meta tags.  This was seen by Google as an attempt to manipulate their algorithm, a big no-no for Google.
The lack of content was not helping either.  Without content on the site, Google had no idea what the site was about.  They could not classify it for ranking purposes.  This is one of the top three ranking factors for Google.  Good content is a must.
Before the update, their traffic was 9,000 page views per month.  After the update, it dropped to 2,000 per month. This was very worrisome to the company.

In order to get their rankings up, we had to rewrite content on their site for targeted keywords.  We wrote over 12,000 words for the site as a whole.  After rewriting the content we created powerful backlinks so that search engines picked up on the changes.  Backlinks are another big ranking factor.  Backlinks create authority in Google’s algorithm.  Authority means that other sites esteem the content on your site and link to it. The more authority your site has, the more Google prioritizes in their algorithm.
In the end, we not only regained their previous traffic but in the coming three months we doubled their pre-update changes and got their site back on track. The end result was 22,000 page views that resulted in more than a doubling of their monthly revenue.