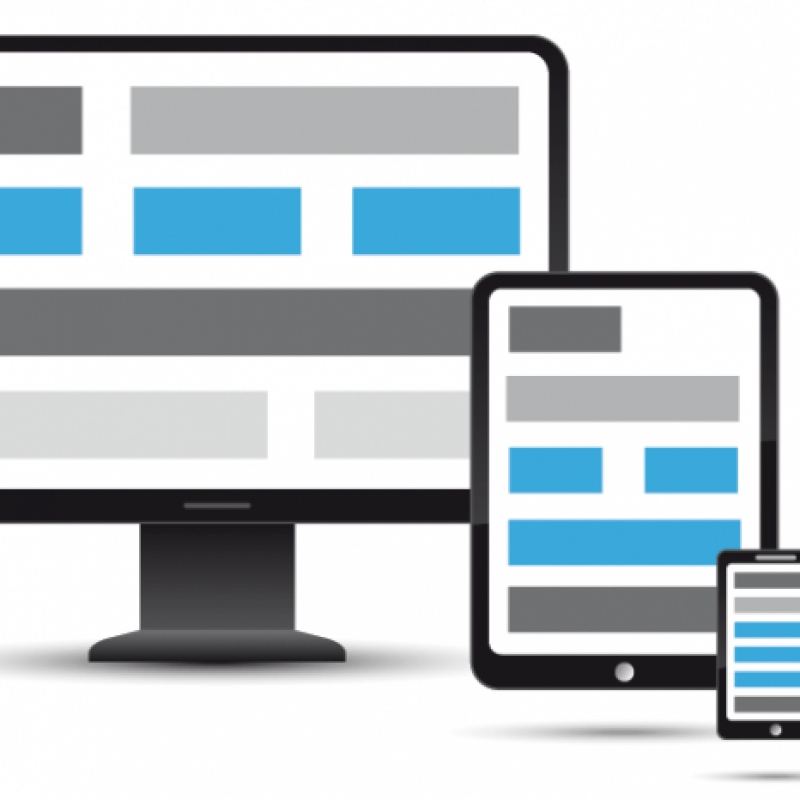 The use of the internet is increase a lot in last decade. Today most of the people use the internet either on desktop computer systems, laptops, mini laptops, palm tops, tabs, mobile phones or iphones. The display screen of each of these devices varies in size, so using a standard website in all of these websites is not an easy task. You need to scroll a lot while using the internet on a small device.

Today using internet on smart mobile phones and tablets is a normal trend. Accessing traditional websites on mobile phones require a lot of scrolling as well as using them is a difficult task. So, it is necessary to design a website that can be easily accessed via mobile phones. However, maintaining two websites, one for desktop computers and other for mobile phones is not a feasible solution. Hence responsive websites are necessary that can adapt themselves according to the size of display screen.

With latest technology and designing methods developing responsive websites is not a big task. Websites that are designed according to responsive web design by using –

Proportion-based Grids – This method uses the proportion and adapts to the screen size.

Flexible Images – In responsive websites, flexible images are used that adapts themselves according to the size of the screen.

CSS 3 Media Queries – Media queries helps the page to use CSS style according to the size of the screen.

During my career, I have worked in a number of different roles that have helped me understand the overall software development process. These roles include project management, senior developer, Linux administrator, technical sales consultant, and company owner. Working within these roles has given me an in-depth knowledge of best practices in software development.
I offer a strong aptitude for learning new technologies and a proven track record of meeting aggressive goals. My most notable skills include:

Software Development: I bring over 13 years of experience in developing software for multiple clients in various environments. I have a solid knowledge of PHP, Javascript, MySQL, Python, and Java.

Cytrus logic consists of veterans in the field that have expertise in many different areas such as statistics, mathematics, deep learning, AI, among others.

We use cookies to ensure that we give you the best experience on our website. If you continue to use this site we will assume that you are OK with it.OkPrivacy policy