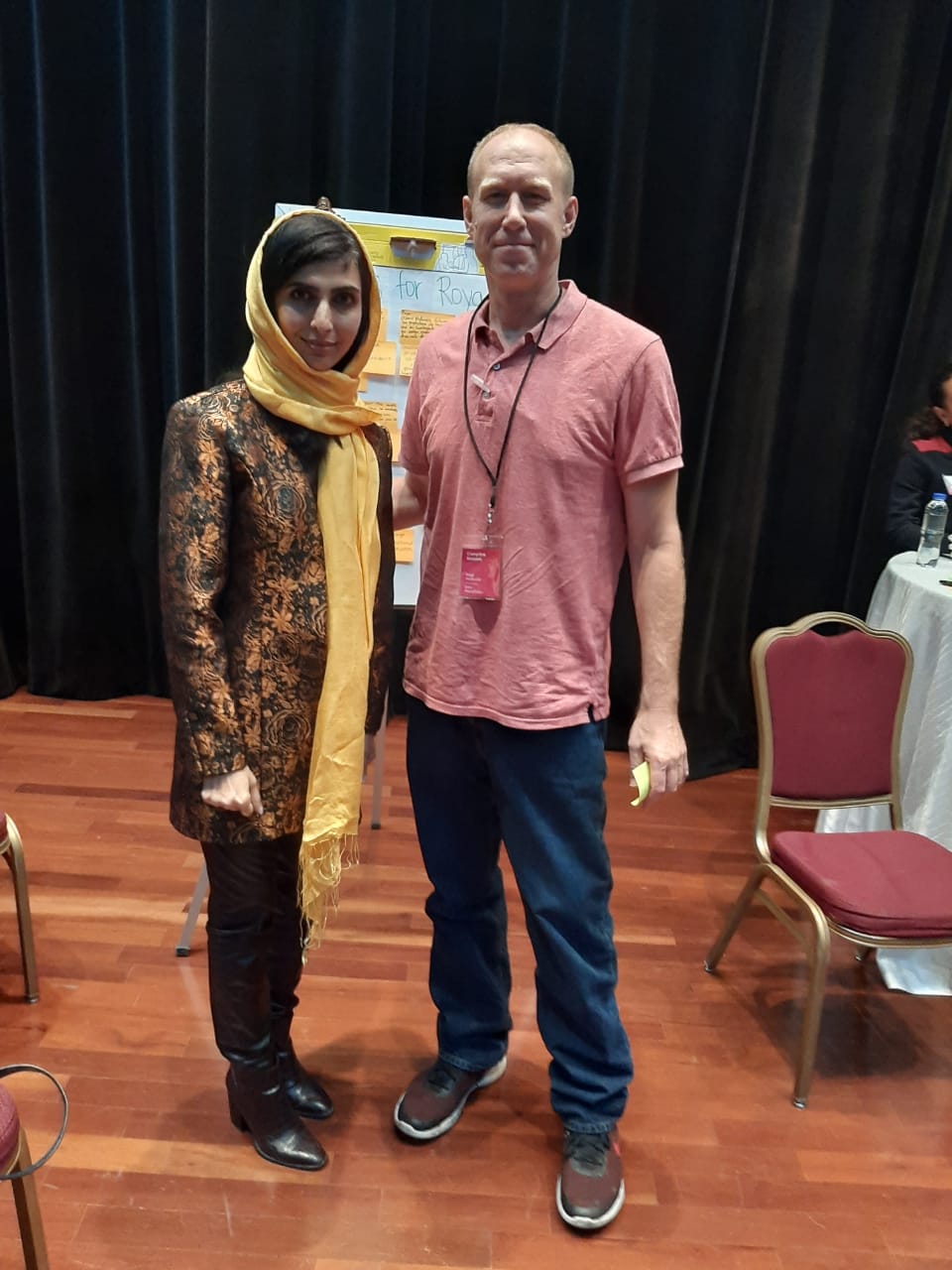 Today I had the pleasure of listening to Roya Mahboob at the Freedom Forum at Francisco Marroquin University in Guatemala City. I had been looking forward to meeting her for some time. She’s become a hero of mine for the work she has done in Afghanistan.

While most people see Afghanistan as a war-torn country that is depleted of any resources and without hope, Roya is giving hope back to young women in the country.

Born in Afghanistan, her family was forced to leave her native country and move to Pakistan and later Iran. In 2003 she returned to her native land. She enrolled in information and communications technology courses offered for women by the United Nations Development Program. Later she enrolled in a bachelor’s degree in Computer Science Herat University in 2005 She learned English by volunteering at a French NGO.

After graduating she took a job as the IT director at Herat University in 2009 and later as the IT director for the Higher Education ministry. In 2010, Mahboob founded the Afghan Citadel Software Company (ACSC) along with two Herat University classmates and an investment of $20,000. Her goal was to create jobs(especially for women) in the technology fields. The company now employs more than 20 programmers, half of them being women.

She has inspired me a great deal, so when I had the chance to meet her I was thrilled. I currently reside in Guatemala and for some time now I have been working with youth and trying to encourage them to enter into the technology fields.

As we were talking I asked her, how she was able to transfer the vision of technology to people that were not as versed in it. How was she able to explain how it could transform their lives?

She answered with a story. She explained that many of the girls that she had worked with had been lead to believe that women only had one role, in the home. When the Taliban came to power many homes had been ransacked and had their books and television burned. Roya went on to explain that technology was a way for them to progress in life and provide for themselves and their families. It was a way to empower themselves in a post-regressive society.

Roya has been empowering women in Afghanistan and inspiring millions around the world. It was a great honor to meet her and I hope it won’t be the last time. I hope that we can work together in the future in some way. I’m very grateful there are people in the world that make a difference. Roya is definitely one of those people.

During my career, I have worked in a number of different roles that have helped me understand the overall software development process. These roles include project management, senior developer, Linux administrator, technical sales consultant, and company owner. Working within these roles has given me an in-depth knowledge of best practices in software development.
I offer a strong aptitude for learning new technologies and a proven track record of meeting aggressive goals. My most notable skills include:

Software Development: I bring over 13 years of experience in developing software for multiple clients in various environments. I have a solid knowledge of PHP, Javascript, MySQL, Python, and Java.